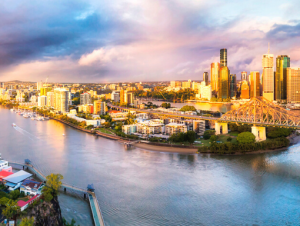 Intelligent Risks (IR) was sub-contracted as the security and safety advisor to the Brisbane 2032 (B2032) Olympic and Paralympic Games bid by EKS. Brisbane was announced as the host city for the 2032 Olympics in July 2021.

IR initially assisted with the Council of Mayors (SEQ) Feasibility Study for the Games bid, conducted in 2018/2019. IR was then part of the EKS advisory team, as security and safety advisers for the Queensland Government Value Proposition Assessment completed in 2019. As part of this process, IR completed a Security Risk Context Statement, the Security Strategy, a budget for security overlay across all nominated venues (for security infrastructure, equipment, and contract security personnel) and a high-level security narrative.

IR then worked as part of the EKS advisory team with the Brisbane 2032 Taskforce (within the Queensland Department of Premier and Cabinet) and produced the full suite of bid documentation in relation to the IOC’s safety and security requirements. This included developing the Security Risk Assessment, refining and liaison on the Security Strategy with Queensland and Australian Government stakeholders, further detailing an OCOG Security Budget, and drafting the Security Section of the bid submission to the IOC.

IR also drafted the responses to IOC requests for clarifications on aspects of the bid related to security during the evaluation process in May 2021.