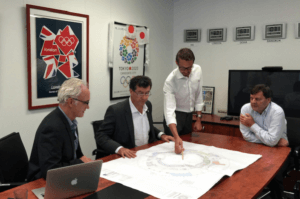 We regularly advise bid teams for the world’s largest sporting events including FIFA World Cups and Olympic Games. IR were advisers to the successful Rio 2016 and Tokyo 2020 Olympic and Paralympic bids.

We are advisers on security, venue design and international relations to the Paris 2024 bid.

Due Diligence & Investigations →
I